Here we have created a collection of resources for you to use as you teach about characters in literature.  These resources address characters’ physical and personality traits (including finding evidence from the text to support claims), comparing characters and changing characters.

You can download the complete, free collection by clicking on the bold, red words at the bottom of the post.

Character Traits vs. Physical Traits Sorting Cards (with Recording Page) – If you feel some of your students might need more practice with distinguishing between physical and character traits, we have created a set of 36 trait cards for students to sort.  (These cards might also be good for discussion as they are more complex traits in terms of the vocabulary.) This activity could be used as a mini-lesson, a small guided reading group activity or even a literacy center.  We have included a half-sheet recording page if you want students to write the words they are reading as they sort.

Character Traits Organizer & Exit Ticket –  This is s a graphic organizer you can model for students during a mini-lesson to further discuss and/or review character traits.  You can use the small exit ticket to do a quick check for understanding during independent reading.

Character’s Thoughts, Actions & Words Organizer & Exit Tickets – This set of resources will help your students start to think about how they can support their thoughts about characters with evidence from the text.   This beginning phase of gathering support from the text breaks things down so students are able to understand what it actually means to cite evidence from the stories they are reading.  By concentrating on specific things that characters think, say and do, they are able to be more clear in their explanations and arguments about characters.

Supporting Evidence for Character Traits Organizers & Exit Ticket – These two graphic organizers are very similar.  They have students choosing characters’ traits and then citing any type of evidence from the text to support their claims.

Comparing Characters Organizers– These three graphic organizer have students using what they’ve learned about analyzing characters’ traits to compare characters from the same story or different stories.  As always, model these for students before expecting them to work independently on them. 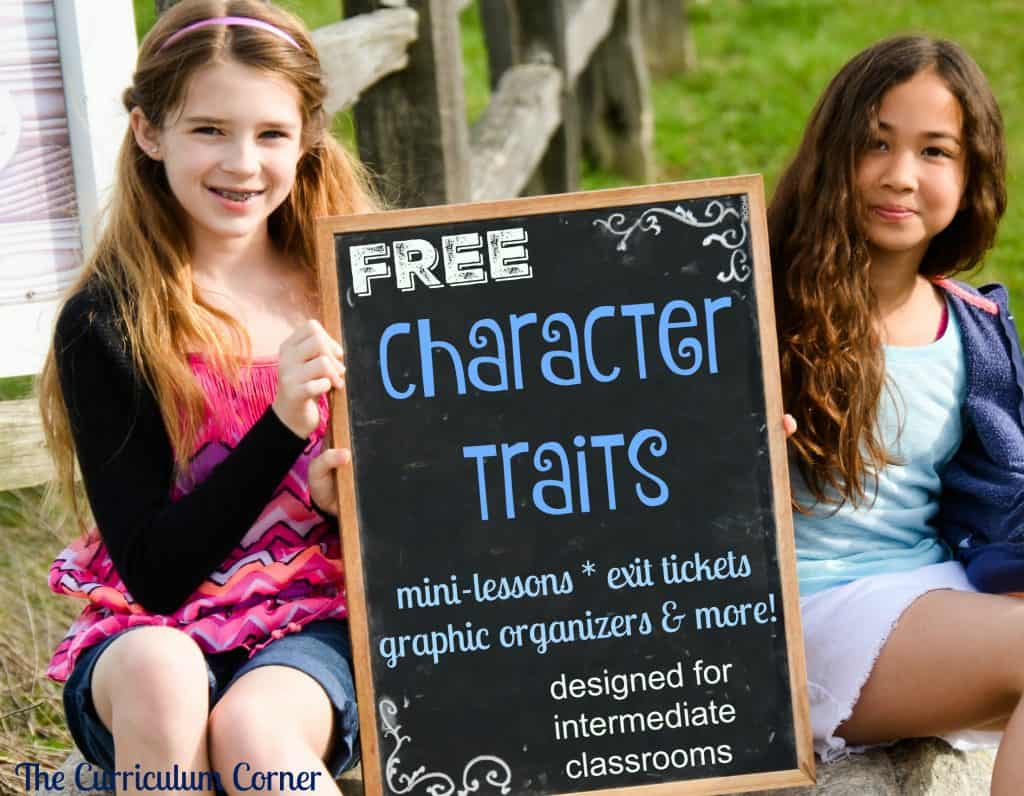 Characters Change Organizers– Students need to be thinking about how characters may change in the fiction stories they read.  This will be the basis for understanding static vs. dynamic characters as their reading level grows.  These three organizers  help students to think about how characters respond to events in a story and perhaps change because of those events.  Be sure to remind students that not all characters change in stories, so they will need to think carefully about their specific characters and not only how, but if they have changed in any way.

Story Map – This is a simple story map that includes a review of elements such as characters, setting, problem and solution, but also contains a section for students to list character traits and describe how their main characters may have changed in their stories.

What’s new in the Corner…

The Curriculum Corner provides FREE resources for private classroom use only. To find out more about our duplication and sharing policy click HERE.