Keep Updated!
Get all of our newest free resources directly to your inbox. 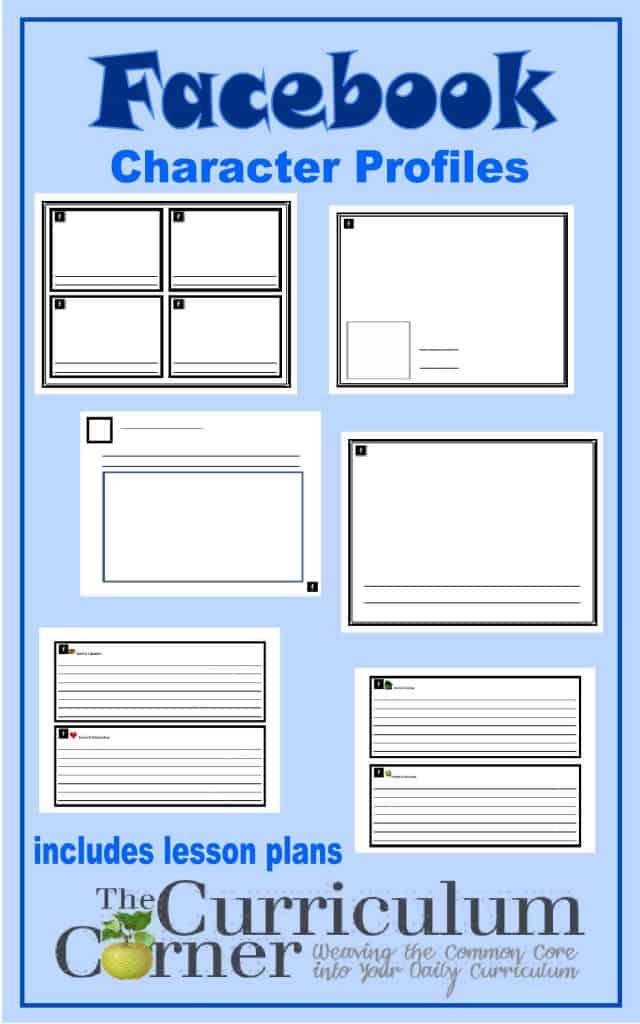 We have added these resources as a creative way for students to show their understanding of the characters in the stories they are reading.  While newer social media outlets are possibly more popular with your students these days, most are familiar with Facebook and how it works.  We suggest you model how to do all of the resources so that students understand what is expected and also to give those not as familiar with Facebook some understanding.

Facebook Cover & Profile Photo – For this resources students are asked to draw a profile and a cover photo for the character’s Facebook wall.   One creative way to show student work is to post these in the classroom with lined paper under the pictures.  Students who have read the same book and know the character can comment on the pictures, much the same way as Facebook friends make comments on pictures.  Student directions for this are included on the second page of the resource.

Facebook Status (What’s on your mind?) – Students here are asked to think more deeply about the main character in their story and create a Facebook status that the character might post at a significant time within the story.   You may want to have your students do a series of these that will take them through several chapters in a story.  In this way students will show their understanding of the character’s feelings and emotions, as well as how they change within the story.  Student directions are on the second page of this resource.

Add Photo – This is a more simple way for students to show character events from the story.  It could be used instead of the Facebook status, but we suggest having students do a combination of photos (or photo albums) and statuses to portray or illustrate their understanding of how a character changes throughout a story.  Student directions for this are included on the third page of the resources.

Life Event – These have been made so that students can create a timeline of sorts for their character.  They could be used at the end of a book as a way for students to show their understanding of the important events in a character’s life and how it shaped that character.

What’s new in the Corner…

The Curriculum Corner provides FREE resources for private classroom use only. To find out more about our duplication and sharing policy click HERE.